Originally published for the print edition of Ke Ola Magazine: September/October 2015 Hawai‘i Island issue.
Previously in this series: Mālama, the value of stewardship. 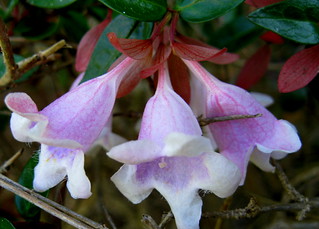 “Thank you, as a way of living.
Live in thankfulness for the richness  which makes life so precious.”

In Managing with Aloha I share several stories of the Alaka‘i Nalu, the leaders of the waves at the Hualalai Resort. My favorite is the story of their “Mahalos.” I am certain the value of Mahalo gave them the gift of healing.

There was pilikia (trouble) among the ranks when this group of watermen became my gift, and it was clear we had to ho‘oponopono; clear the air and make things right. To begin in a small but consistently occurring way, we started a practice of “sharing our Mahalos” at the end of each weekly operational meeting. Until it became their habit, the only assignment they had each week was to catch someone else on the team helping them. They were to say thank you then and there, and they were to also share their Mahalo at the next weekly meeting with the entire group, adding a few words on why the favor given meant something to them.

Initially, I discovered they couldn’t graciously accept it when someone said “thank you.” It was hard for them to just say “you’re welcome” and leave it at that —far easier to crack a joke or look at someone else and say, “Yeah brah, you should do that too sometimes,” using sarcasm and humor to build a defensive wall around their bravado. In those early weeks, I’d often ask them to just listen quietly and not respond at all other than nodding in acknowledgement that they’d heard the thanks they were given, and remembered how and why it happened.

More ground rules were spontaneously added as we continued, such as picking a different person each week to break down the buddy-to-buddy favoritism. With each wisecrack I’d have to say, “Either you start being sincere, or I add another rule you gotta remember.” I also learned to model the behavior I wanted, ending the meeting with my own Mahalos for each of them; “Mahea, thank you for taking the initiative to start early Friday without being asked to: Hui Wa‘a (the name of our community paddle) was easier for all of us because you took the time to reassign those late sign-ups. Daniel, thank you for taking care of those kids who got so badly sunburned at King’s Pond: Their parents called me to convey how thoughtful and patient you were, and your actions add to the reputation of our entire team” … and so on for each one in turn.

If their names were not spoken, the silent message hung uncomfortably in the room that they had not earned any recognition that week. Making something up was the gravest sin: This was a rule never spoken, yet desired and understood by all.

They caught on quickly; I’d have to say less and less as time went by. In fact, their Mahalos became the best part of the meeting by far. One week we went overtime on other business, and I nearly got a revolt when I tried to adjourn without giving them the time to speak they expected: Sharing their Mahalos had become genuine, generous, candid, and thought-provoking for us all. Thereafter, I was sure I did not commit the cardinal sin of encroaching on their time to acknowledge each other. They loved it when someone new joined the group or I’d invited a guest —they wanted to show off! Wonderfully, they didn’t want to show off that they did something, they sincerely wanted more people to hear about how terrific their peers were, and how proud they were to be associated with the team. It amazed me how articulate and giving they were when a newcomer could hear their stories.

They also started to show me how perceptive they were —they caught everything. They learned more about each other because they were beginning to understand more about what someone else appreciated —it differed greatly for each of them individually, and they unknowingly shared intuitive revelations which made my own job of managing them far easier: They uncovered all the cause-and-effect relationships of the team for me in a very short amount of time. And over their needed healing time, the depth of the actions taken by this team was incredible —it became embarrassing to have someone say thank you for something minor or trivial, hence the assumptions of basic good productivity in the team grew. They tried so much harder, and they were increasingly aware of how their spoken words of thankfulness affected their peers. I was deeply proud of them.

There is a word for “thank you” in every culture around the globe. Adopting a practice similar to this one that worked so well for the Alaka‘i Nalu can serve any business well, for there are rewards inherent in it for both the person giving thanks and the one being acknowledged for their good deeds.

For more on Mahalo, I invite you to visit my Mahalo index archived on www.ManagingWithAloha.com

Next in this series: Nānā i ke kumu, the value of personal well being.
The inaugural column for this series may be read here: Why Values? And Why “Manage with Aloha?”