You are here: Home / Ke Ola Magazine Archives / Alaka‘i, the value of Leadership

Originally published for the print edition of Ke Ola Magazine: May/June 2015 Hawai‘i Island issue.
Previously in this series: Ho‘ohanohano, the value of dignity and respect. 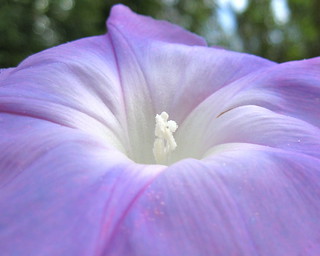 “Lead with initiative, and with your good example.
You shall be the guide for others when you have gained their trust and respect.”

Alaka‘i is the Hawaiian value of leadership. It is a quality desired in managing and leading alike, for it includes coaching, guiding and mentoring others to support their growth and self-development. Those who are Alaka‘i lead with caring for others, and a strong belief in what people are capable of, both individually and cooperatively. Fundamentally, to be Alaka‘i is to lead and manage by merit of good example, for your own actions will groom your experience and your empathy, fortifying that caring and belief in possibility that Alaka‘i inherently stems from.

Our oft-referred to examples in Hawaiian history were the ali‘i (ruling royalty): They fully understood that they could only guide others when they had gained their trust and respect, and they did employ key values to guide them. As historian George Kanahele taught, “We can easily rationalize the importance of such qualities as intelligence, decisiveness, technical mastery, reputation, and goal setting, but [Hawaiian] leadership probably was more a response of the heart rather than of the mind. The leader’s enthusiasm, compassion, inspiration, energy, stamina and charisma all came from his heart. The art in leadership is not so much rational as it is emotional, or spiritual in its promptings.”

Kamehameha the Great (Kamehameha I) was certainly an ali‘i driven by the guiding light of his values. Distinctive within his dynasty of rule is how he associated value alignment with the principles of Alaka‘i leadership in the society we now refer to as the ‘Hawai‘i of old.’ He made this association for us in what he said, and in what he did: Māmalahoe Kānāwai, best known as “the Law of the Splintered Paddle” appears in our state constitution even today: Section 10 reads, “‘Let every elderly person, woman and child lie by the roadside in safety’ — shall be a unique and living symbol of the State’s concern for public safety. The State shall have the power to provide for the safety of the people from crimes against persons and property.”

When we make the decision to commit to the values we’ve articulated and deliberately chosen, we do so understanding our decision will make a contribution: It will shape the character of our community. King Kamehameha understood that the values of our rulers could, and would lead the way in this shaping; values are highly influential because they are evocative. Our values move us to act.

The values King Kamehameha the Great chose for his rule included:

Inspired by King Kamehameha’s legacy, these are values we can still choose today. We can make these choices and then commit to aligning our everyday actions to them; we can direct our creative energies toward the making of a future that will continue to uphold their complete integrity. In Managing with Aloha culture-building, we have chosen Alaka‘i as our core value — as a collective of Mālama, Ha‘aha‘a, Kūpono, Na‘auao and Koa in action. Thus we refer to the practitioners of the Managing with Aloha philosophy as Alaka‘i Managers, a naming to constantly remind us to act, and to lead by merit of our own good example.

Several Hawai‘i historians concur with Dr. George Kanahele, believing “no one surpasses Kamehameha the Great in leadership, historic achievement and lasting impact, or in having a transcendent vision for his people.” His vision? That the islands and the people of Hawai‘i be Lōkahi: Live in harmony, and remain united.

You might also feel that “no one surpasses Kamehameha the Great in leadership.” I believe the possibility exists — for you and every business leader. As Kamehameha did, care for people. Look to your source and your truth, and choose the values which will guide you.

For more on Alaka‘i, I invite you to visit my Alaka‘i index archived on www.ManagingWithAloha.com

Next in this series: Mālama, the value of caring, compassion and stewardship.
The inaugural column for this series may be read here: Why Values? And Why “Manage with Aloha?”